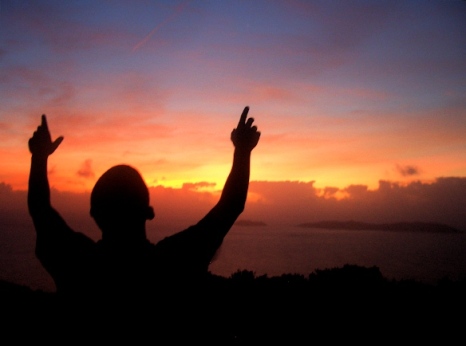 Salvation is a miraculous work which the Father began in eternity past with our election. The Son made it possible by atoning for our sins on the cross. The Holy Spirit orchestrates its affects in our lives by applying it through a process of sanctification. That work of salvation affects an immediate and on-going change in the mind of the believer, which in turn transforms the believer’s behavior. This miraculous change of mind is called repentance. After conversion, the believer’s eyes are opened to the reality the Bible reveals about God, Christ, sin, Satan, the world, and the Church. The believer’s self-awareness is forever altered.

repentance in the Old Testament

Calling for repentance was already an Old Testament tradition long before John the Baptist. Solomon predicted a time when his nation would fall away from their God, but that the LORD would listen to them if they turned their hearts back to him and repent.[1] His father, David, taught that God was prepared to do battle against the wicked if they refuse to repent.[2] The prophet Isaiah divided the people of Judah into two types: the rebels and sinners on the one hand and the repentant on the other. The latter will be redeemed, but the former will be broken together and consumed.[3] The prophet Ezekiel called on God’s people to repent.[4] The prophet Jeremiah lamented the utter corruption of his people, and the fact that they refused to repent even after the LORD punished them: “You have struck them down, but they felt no anguish; you have consumed them, but they refused to take correction. They have made their faces harder than rock; they have refused to repent.”[5]

The call to repent in the Old Testament was a challenge for God’s people to turn back to him, to return to their first loyalty. It was given in a context where the people had been tempted to go after other gods, and had yielded to the temptation. Even after generations of idolatry, God’s messengers continued to plead for his people to return, in spite of the fact that many who heard their words had never been truly loyal to the LORD. They pleaded for a rebellious people to reverse their rebellion. Repentance for them would be both a turning away from their sins and a turning towards the LORD.

When John the Baptist comes on the scene in the early pages of the Gospels, he proclaims the same message to the same people. He tells all Israel “Repent, for the kingdom of heaven is at hand.”[6] He is telling a rebellious people to return to their God. But his message has even more urgency because the Lord and his kingdom are at hand. If the Lord arrives while his people are still in a state of rebellion, he will unleash his fury upon them. So, John pleads for Israel to prepare the way for the Lord, to make his paths straight. In other words, he is calling on the people of God to stop being obstacles to God’s will, and to refocus on obeying his will. That is what it meant for them to repent.

The Greek word for repent is metanoe,w and repentance is meta,noia – both words being a combination of the words for after (meta) and mind (nouj). It was a concept well suited for the particular use of John the Baptist, as he wanted to encourage his audience to rethink their situation, and change their minds, which would result in a change of behavior. He was not calling on them to simply change their minds, because it was their behavior that had put them in danger.

Repentance would be the crucial first response that John was looking for. It a choice that drastically and permanently changes the believer’s mind, conforming it to the truth as revealed in God’s word, and allowing it to redirect energies previously dedicated to unrighteous behavior. A repentant people would be free to correct injustice, and make it possible for the Messiah to reign.

John chose baptism as a sign that repentance had taken place. Immersion in water for ceremonial washing was already common in John’s day. Many of the Israelites had washing places in their own homes which were used to symbolize spiritual cleansing. John’s ministry was a call for the entire nation to repent. The public baptism in the Jordon River was – in a sense – an agreement to be a part of a national revival movement.

When the hypocritical Pharisees and Sadducees came to join up for the movement, John turned them down. Their “repentance” was meaningless, since it bore no fruit.[7] When the truly repentant had asked John how they could show their sincerity, he told them to be considerate of one another, and not greedy for gain at others’ expense.[8] A true change of mind was also a change of heart. When Herod and John clashed, Herod chose not to repent. His attitude was that if he did not like the message, just get rid of the messenger.

But the call to repent did not die with John the Baptist. Jesus[9] and his disciples[10] called for the same thing. The book of Hebrews lists repentance as one of the foundations of the Christian life. Paul said that it leads to “salvation without regret.”[11] The chief difference between the repentance demanded by Old Testament prophets and that taught in the Church is simply this: the Gospel calls everyone to repent: Jew and Gentile alike. Paul said “the times of ignorance God overlooked, but now he commands all people everywhere to repent.”[12] In fact, the apparent slowness of the fulfillment of God’s promise is attributed to his desire that everyone have an opportunity to repent.[13]

Repentance is one of the marks of true conversion. A truly repentant person may occasionally sin, but she no longer lives in sin. Sin for her has become an embarrassing stumble in an otherwise upward climb. Her life has ceased to be a repeatedly downward spiral. Satan has not written her off. He continues to pester her with temptation, and she sometimes fails to resist it. But she belongs to Jesus.

one choice – and many choices

In the book of Revelation, some of the seven churches of Asia Minor were admonished to repent.[14] While this speaks more to Christ’s relationship with churches, rather than individuals, it is not wrong to conclude that the Christian life should be one of constant repentance. We should keep examining our lives, attitudes and motives, and be willing to change whenever we find the need. Repentance is one choice which will lead to many choices. It is the turning of our ships in the direction of our intended destination, and it will also require many other smaller course corrections as the journey progresses.

It is possible to preach repentance in such a way as to deny that salvation is truly by the grace of God. This happens when repentance is explained as “getting right with God.” It is difficult to explain why Jesus had to die on a cross if all God wanted was for his people to wake up and clean up their own lives. The problem with the idea of cleaning up one’s own life is that we do not have the proper materials.

Our repentance is one of the things that God foreknew. But foreknowledge means more than simply the fact that God looked forward into our future and saw a time when we would turn to him. God’s foreknowledge extends much further into the future. He saw us in complete fulfillment of his will and desire – for millions of years. He saw us in our perfected state for eternity. The reason he saw it is that he made it happen, although from our perspective it is still happening. By his grace, in eternity past, God chose to save us completely. Everything right and proper that has ever happened to us and ever will is a direct result of that choice of grace – even our repentance. That is why the Bible speaks of God granting repentance.[16]

God is sovereign in the salvation process. If he were not – say, if he only made repentance an option – we would always choose something else. The entire planet would look a dying Christ in the face and say “sorry you went to that trouble, but I’ll try my luck at saving myself.” But that is why grace is grace, and repentance is such a miracle. Each time a person responds to the gospel by repenting from his sins and putting his faith in Christ, it is the result of something God did for him in eternity past. Grace intervened.

Repentance is not a work. It is a surrender. It is not a determination to get right with God so much as a choice to give in to God. That is why there is no true repentance unless and until the sinner recognizes that he has sinned. After true repentance, sins are forgiven and blotted out.[17] Repentance is not penance. In penance, the sinner concentrates on personally correcting his own faults and sins by doing good works or works of contrition to balance the scale. The religious cycle of sin, penance, absolution, sin, etc… perpetuates the lie of works based righteousness. True repentance is an acceptance of God’s sovereign grace.

Truly good works are only possible after a sincere repentance. After surrendering to God’s grace as the only solution to their sin problem, true believers are then free to cooperate with the Spirit of grace. He supplants the sinful tendencies with righteous tendencies. He replaces the dysfunctional with the spiritually healthy. He replaces the holey with the holy. That is why Paul – who championed salvation by grace – encouraged his workers to commend believers for their good works.[18] Because of God’s grace, we are free to produce the good works that God intended.[19]

True repentance is a change of mind that will drastically change the believer’s future. How grace works in each life will be different, so no two Christians will be exactly alike. Yet there are two characteristics which will be present in each changed life: a new testimony, and an altered life. These distinguishing attributes will be examined in the next two chapters.