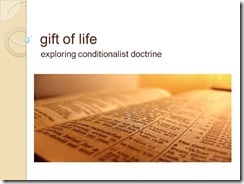 sheol in the ground

When Jacob was told that his son Joseph was dead, he assumed that Joseph was down underneath the earth somewhere. Jacob was so upset that he thought he would die of grief. He tells his children who are trying to comfort him “No, I will go down to Sheol to my son, mourning.” So, the intermediate state was not a mystery to Jacob. These Old Testament saints knew Sheol is not heaven. It is the exact opposite. Yet they knew Sheol is the state that all souls enter at death.

Also, in the Old Testament, the sky and the land are places where God is praised continually. But in Sheol that praise stops abruptly. David prays for God to “let the wicked be put to shame; let them go silently to Sheol.” The deaths of his enemies would not only silence them upon earth, it would silence them in the underworld as well. Sheol is a place where the once mighty now lie still. It is the land of silence, where the dead go down to silence.

Daniel described existence in Sheol as sleeping in the dust of the earth. It was a condition which required an awakening – a resurrection. This sleep was never the hope of Old Testament saints. Their hope was resurrection and restoration to life.

The thing most stressed in the Old Testament concerning Sheol is that it is synonymous with death itself. In the New Testament, this is seen by the terms death and Hades appearing next to each other. All those who die (the event) experience Hades (the state). In the Old Testament, this fact is seen in numerous passages where death and Sheol are placed in parallel. David, for example says “the cords of Sheol entangled me; the snares of death confronted me.” He also says “in death there is no remembrance of you; in Sheol who will give you praise?”

Let me summarize: Sheol is a silent, dark state or condition in which everyone exists at death, and can only live again by a resurrection from the LORD. It is always contrasted with heaven, and never equated with it. It is not the hope of the saints; rescue from it is the hope of the saints. That is the Old Testament consensus. And the New Testament agrees with that consensus.

listen to the audio file at Afterlife. 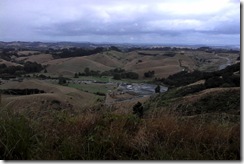 “God has designed us with a predisposed passion to co-labour with him in doing what he wants done.”