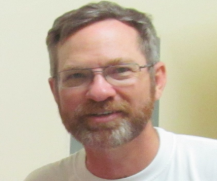 I was not doing my devotions. I just opened my Bible to read for a bit while I was waiting for my wife to join me in the car so we could go to church. My Bible just happened to open to Proverbs 27. When I read verse three, I literally laughed out loud.

A stone is heavy and sand, a burden, but aggravation from a fool outweighs them both.1

Here is what you need to know. For the past few months, I have been working at a major home improvement store. I won’t tell you what store. Just suffice it to say that the aprons are orange. You figure it out.

I have been assigned to the outdoor garden department, recovery section. That means that for several months I have been hauling rocks, stone and sand on a regular basis. That stuff gets heavy. It can also be a nuisance since stones break so easily, and bags holding stones break so easily – so I am always doing cleanup. So, I can tell you whoever originated the saying that Solomon collected which eventually became Proverbs 27:3a knew what he was talking about. Stones and sand and bags of rock are heavy.

People who are not only wrong, but wrong at the top of their voice all the time – those are the kind of people you need to avoid.

So, what the Lord in his wisdom – and humor – was telling me this morning was this: You are sore from lifting rocks and sand so much. Imagine how sore I am from having to put up with all the stupidity there is down there on your planet.

So, back to the rocks I go this afternoon. And, hopefully I will not act like one of those stupid people whose words and actions are dumber than a bag of rocks!

Jefferson Vann is a minister of the gospel of Jesus Christ. You can contact him at marmsky@gmail.com -- ! View all posts by Jefferson Vann