“You and I are Jews by birth, not ‘sinners’ like the Gentiles. 16 Yet we know that a person is made right with God by faith in Jesus Christ, not by obeying the law. And we have believed in Christ Jesus, so that we might be made right with God because of our faith in Christ, not because we have obeyed the law. For no one will ever be made right with God by obeying the law.” 17 But suppose we seek to be made right with God through faith in Christ and then we are found guilty because we have abandoned the law. Would that mean Christ has led us into sin? Absolutely not! 18 Rather, I am a sinner if I rebuild the old system of law I already tore down. 19 For when I tried to keep the law, it condemned me. So I died to the law — I stopped trying to meet all its requirements — so that I might live for God. 20 My old self has been crucified with Christ. It is no longer I who live, but Christ lives in me. So I live in this earthly body by trusting in the Son of God, who loved me and gave himself for me. 21 I do not treat the grace of God as meaningless. For if keeping the law could make us right with God, then there was no need for Christ to die. (NLT)

I’d like to start by reviewing what we have seen so far in our study of Galatians. 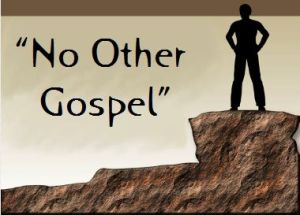 In the first ten verses of chapter one, Paul sets the tone of the epistle by saying that he is shocked to hear that the Galatians are toying with a false teaching. He set them straight by proving that there is no other gospel. 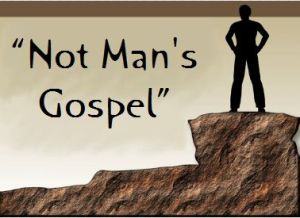 He spends the rest of chapter one (11-24) explaining the supernatural way that God revealed the gospel message to him. Since the message did not come from man, man has no business changing it.

He begins chapter two (1-10) recounting his visit to Jerusalem fourteen years after his Damascus road experience. His point was that the Jerusalem leaders endorsed his ministry, and agreed that he had been entrusted with the same message. 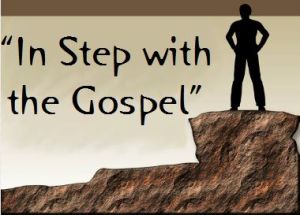 Then (11-14) he tells about another visit – when Peter visited Antioch. He found that Peter had gotten out of step with the gospel, and rebuked him for it. 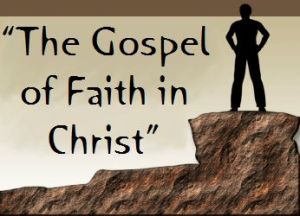 Now we come to today’s text, and the final verses of chapter two.

Scholars differ as to who is being addressed by Paul here. Is he continuing his quotation of his rebuke of Peter, or is he now addressing the Galatians? I think this is part of his public rebuke of Peter.

The point he is making to Peter is the reason he is bringing it to the Galatians. Faith in Christ is a choice. If you make that choice, you should live up to it.

You see, some of the Jews in Jerusalem had become syncretistic. That means that they had blended Christianity with their former Judaism beliefs. They thought that they could accept Christ AND trust in their own ability to save themselves by following the Jewish traditions (works of the law).

The Galatians were being fed the same stuff. But when you add anything to free grace it stops being free.

When we Christians declare our faith in Christ it is in Christ alone, not Christ AND. 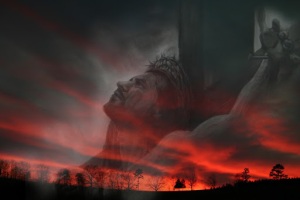 When we declare that Christ gave himself for us on the cross we are saying that we were sinners, and that we were helpless to do anything to please God. BUT Jesus Christ was not a sinner. He could do something about our sin problem. He did it on Calvary’s cross. His sacrifice was enough to pay the price to set us free.

How tragic it is then, to have and proclaim this great gospel message, and then water it down by saying that God pays more attention to someone who doesn’t eat pork. Our trust is not in something we can do for God. Our trust is in something He did for us.

Dr. Albert Barnes summed up this aspect of the gospel well.

“It is the declared purpose of God to regard and treat those sinners who believe in the Lord Jesus Christ as if they had not sinned, on the ground of the merits of the Saviour.”

His quote does not say everything there is to say about the gospel. But it does cover the key issue that Paul was facing in Galatians.

The issue is how do we live out the truth of the good news of what God has done for us by sending Christ to die on the cross for our sins. People who have put their faith in Christ should trust God to deal with the sin problem his way. 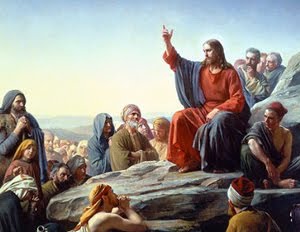 I am NOT saying that believers are under no obligation to prove their faith. What I am saying is that since Christ’s death is the means of our justification, then Christ’s words should be our means of proving our faith.

We should endeavor to live according to the commands of Christ.

Our hope should be based on the promises of Christ.

Paul saw that the Galatians had a serious problem. they had put their faith in Christ, but now they were in danger because someone was trying to convince them to alter that faith. The troublers wanted the Galatians to trust in Christ AND…

2 thoughts on “The Gospel of Faith in Christ”