Joel 2:25-32 ESV
I will restore to you the years that the swarming locust has eaten, the hopper, the destroyer, and the cutter, my great army, which I sent among you. 26 “You shall eat in plenty and be satisfied, and praise the name of the LORD your God, who has dealt wondrously with you. And my people shall never again be put to shame. 27 You shall know that I am in the midst of Israel, and that I am the LORD your God and there is none else. And my people shall never again be put to shame. 28 “And it shall come to pass afterward, that I will pour out my Spirit on all flesh; your sons and your daughters shall prophesy, your old men shall dream dreams, and your young men shall see visions. 29 Even on the male and female servants in those days I will pour out my Spirit. 30 “And I will show wonders in the heavens and on the earth, blood and fire and columns of smoke. 31 The sun shall be turned to darkness, and the moon to blood, before the great and awesome day of the LORD comes. 32 And it shall come to pass that everyone who calls on the name of the LORD shall be saved. For in Mount Zion and in Jerusalem there shall be those who escape, as the LORD has said, and among the survivors shall be those whom the LORD calls. 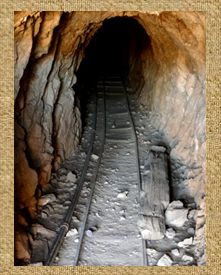 This is the second in a series of 16 sermons based on messages from the writing prophets. The prophets are like a gold mine. They are filled with precious treasure, but getting to that treasure takes some digging and a lot of hard work. To understand the message of a prophet, you have to know the background of the prophet and the people he spoke to. You also have to have a reasonable grasp of world history to know when a prophecy has begun to be fulfilled. You also need to know the LORD because the messages from the prophets are meant to be understood and applied by believers whether they have been fulfilled or not.

I place Joel’s prophecies early, which is why I place it during the first time period. I think he prophesied during the reign of king Joash of Judah, but his book was probably written during the time Joash still young and in seclusion, and the kingdom of Judah was being run by the high priest. The date was about 835 BC. 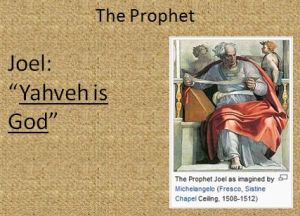 The name Joel means Jahveh is God. When Michelangelo painted his picture of Joel on the Sistine chapel, he had him looking at a small scroll. Someone has said that that represents his being inspired by God to say something new. Many of these new things that Joel said were repeated by the prophets who came after him. Joel’s message was very relevant to his local situation, but it looked way beyond that local situation to events that would take centuries to occur.

Joel prophesied to the nation of Judah after the kingdom had been divided. Yet, you may have noticed that Joel used the name “Israel” in his prophecy.

That was no mistake. He looked so far into the future that by the time his prophecies would be fulfilled, Judah and Israel would be one nation again.

Judah had been hit by a major natural disaster: a series of locust plagues that wiped out the nation’s economy and led to system-wide depression and famine. It was hard to imagine things getting any worse. But Joel does not ride into town with his white horse and tell everybody “there, there, everything is going to get better now.” No, Joel’s message is more like “You ain’t seen nothing yet.” The plague of locusts which came from the north is going to be followed by swarms of armies coming from the same direction. We know from history that those armies came from Assyria, then Babylon, the Persia, then Greece, then Rome.

But Joel’s message is not all bad news. In verse 32 he says “there shall be those who escape.” He also says “among the survivors shall be those whom the LORD calls.” It was a message for Judah to hang on to their faith and God will bring them through all those bad times. Then, God is going to move.

He’s going to do three things: He’s going to restore the years that that the locusts AND THE ARMIES have taken. He’s going to undo the damage. He’s also going to cause a spiritual revolution that will affect the whole nation, not just a few prophets here and there. And just before he does these things he will announce it with some miracles.

So the key to understanding Joel’s words here is that he is giving the predictions in reverse order. Look at verse 30. God is going to show wonders. That means he’s going to do a lot of miracles to let people know something significant is happening. Those wonders are going to be in the heavens and on the earth.

I think that Joel is pointing to Jesus’ life and ministry. The ultimate wonders that Joel mentions took place on the day of his crucifixion. He was being put to death at the same time the temple sacrifices were being prepared, and an eclipse took place that turned the sun to darkness.

Now look at verse 31. Notice the phrase “BEFORE the great and awesome day of the LORD comes.”

When you see “the day of the LORD” in the prophets, it is the same as saying “when God strikes.” So Joel is saying that he is going to cause a strong and significant spiritual revolution immediately after the death of Christ.

In Joel’s day, God poured out his Spirit on a few select prophets. If you wanted to know what God thinks, you would have to search out one of the prophets. But Joel predicts that when God strikes, EVERY believer will have his message. The Holy Spirit will gift and empower all believers regardless of gender, age, or social status.

In Acts 2:16-21 (At Pentecost Peter said) … “this is what was uttered through the prophet Joel” and then he quotes Joel 2:28-32. He recognized that this was the beginning of the spiritual revolution that God had predicted through Joel. That revolution is still going on. The Christian church which began in 30AD is part of God’s fulfillment of a prophecy Joel gave 800 years before that.

The Holy Spirit’s ministry through us is also the key to how God will choose to work beginning on that crucial day. In Joel 2:32, the prophet had predicted that this revolution would begin among the survivors in Jerusalem, but that it would be available to “EVERYONE WHO CALLS ON THE NAME OF THE LORD.”

Years later Paul would say in Romans 10:12-13 “For there is no distinction between Jew and Greek; the same Lord is Lord of all, bestowing his riches on all who call on him. For (and then he quotes Joel) “everyone who calls on the name of the Lord will be saved.” ” 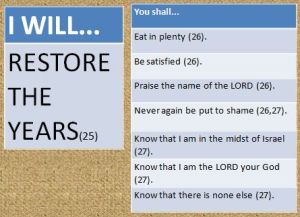 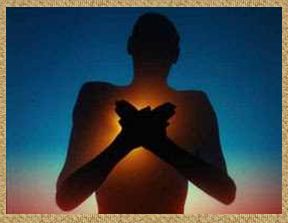 Joel’s message for you and me today is not to let the present spoil your vision of the future. It may take a long time before you actually see God at work in your life and family. But keep trusting in him. He has a plan, and he is going to fulfil his promises to you. When he begins to act, you will know it. Trust him during the locust swarms of your life. Trust him even during the cataclysmic invasions you will experience. He will never take anything away from you that he does not plan on restoring.
_________
LORD, help us to trust you during the trying times, and cooperate with your Holy Spirit ministering salvation to all we can reach. In Jesus’ name. Amen.