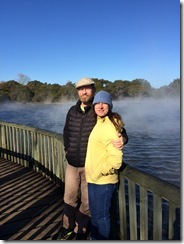 There are basically three views of final punishment debated among Christians. Two groups believe that God has created everyone with immortal souls. One group believes that in hell, God will keep punishing the souls of the lost forever because he cannot destroy them. This is what I call the traditionalist view. Another group says that God will destroy the sin, and eventually restore all the souls, so that no one will be lost forever. That is the view I call universalism. Traditionalists and universalists both agree on one thing: the immortality of the soul. They disagree over the meaning of hell itself. Traditionalists see hell as a perpetual process, while universalists see it as an event with everlasting results.

We conditionalists agree with universalists in that we see hell as an event with everlasting results, not a process which has to go on perpetually. We disagree with both groups in that we find no biblical justification for innate immortality. We believe that hell will involve real destruction, and that destruction will be everlasting.

The Greek adjective used to describe hell most in the New Testament is aionios, and that word is better translated everlasting, not eternal. It refers to the permanence of a result, rather than the continuous duration of a process.

Paul used this word aionios three times in his second letter to the Corinthians, and each use demonstrates that meaning.

Now, the traditionalists look at that evidence and they say “see, hell is everlasting, so people will continue to suffer in it forever.”

No, when Paul used the word aionios to describe hell he said that the lost: “will be punished with everlasting destruction” (2 Thessalonians 1:9). That is not an on-going process. It is an event which has everlasting results.

So, when we conditionalists say that hell is everlasting, we affirm just what Paul did. It is God’s real solution to the problem of sin. Sinners will be destroyed, and that destruction will be everlasting.

Listen to the audio at Afterlife.

One thought on “everlasting”